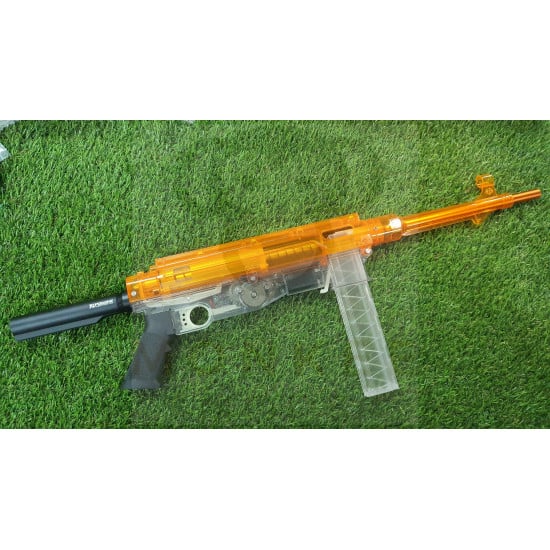 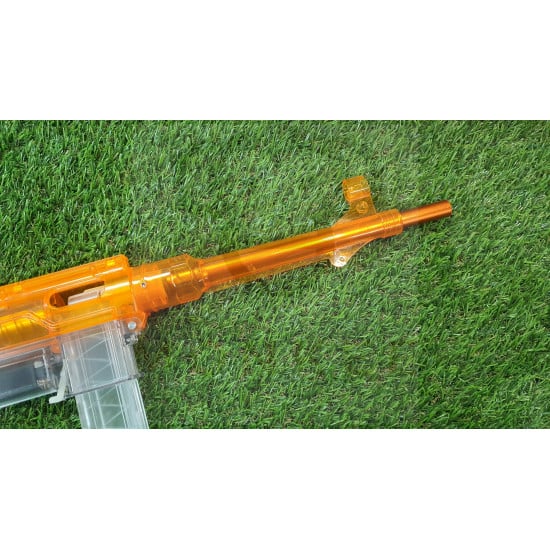 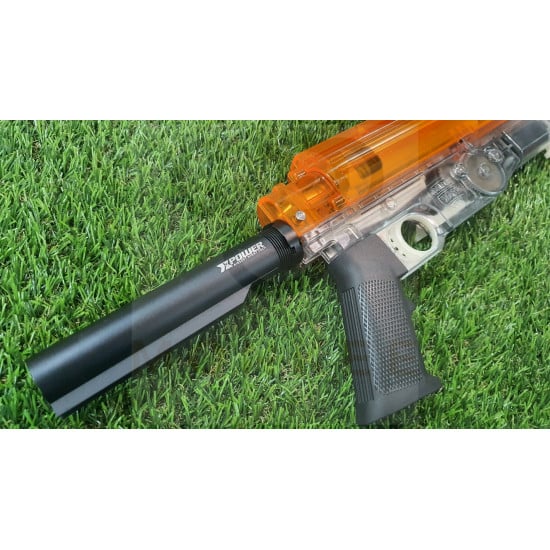 We know you guys been waiting long for this but the Colonel Wasp x Monkee Mods 76 Blaster is finally here. You can read more about this blaster in this blog post

This version of 76 blaster that we have is based on the A1 Revision which is an improved version compared to the original release of 76. It came with more safety feature such as overheat/jam protection and a revised receiver shell which rectified a few weak point.

In our version of 76, we made some changes that we think will benefit our customers a lot. For a start, we threw in an AEG buffer tube, then rewire it to the rear using a Mini Tamiya battery connector instead. The original 76 came with SM head which is hard to find outside of China. Not only that, it was wired to the pistol grip, which will limit the batteries you can use. We have been asked before, why XT-60 wasn't chosen considering it's a Nerf hobby standard connector. The answer is, to our knowledge at least, there isn't any XT-60 battery that will fit into an airsoft AEG buffer tube. If you are an airsoft player, Mini Tamiya should be a common sight for you and you can easily get a lot of Mini Tamiya airsoft batteries from site like HobbyKing. The 76 will be using the 11.1v batteries.

Buttstock used with the blaster in the picture is for illustration purposes. Buttstock is sold separately.

After a long wait, the Colonel Wasp X Monkee Mods 76 Blaster is back in stock. This time the blaster come with new updates and tuning from Monkee Mods.

- This upgrade spring able to achieve around 220+FPS with QWK EPP/Worker stefan Gen3 darts, while 205+FPS with Worker Gen2 HE darts.

- The pusher and piston had been upgraded to CNC aluminum for higher durability.

For the installation guide, Click HERE or watch the guide down here

Due to regulation in Australia, the pistol grip will NOT be sold together with the blaster. Kindly place the option 'Without grip' for Australian customers. Do understand the risks that you take when purchasing this blaster with the grip.

PS: The shipment of this new batch of blaster will be delayed due to the assembly line is still in progress.