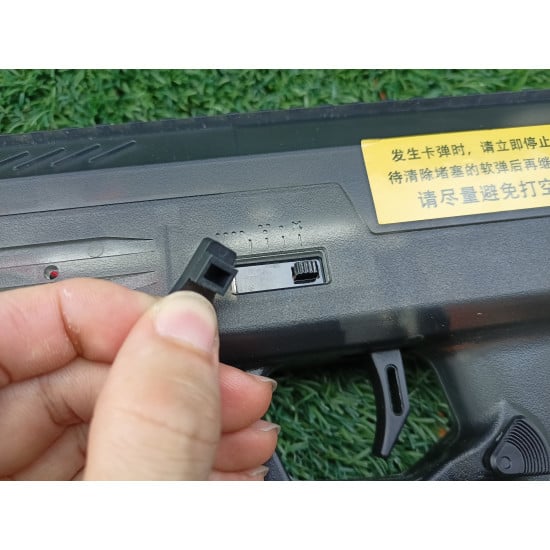 The QWK Challenger MK3 is finally available. As per title, this version of MK3 that you obtain from our store is different from the usual ones as we partnered with QWK to create something we think Nerfers would want. By Nerfers, for Nerfers!

So what did we tuned for this blaster in our own release? The breech and plunger tube have been upgraded to metal instead of nylon. The usual Standard and PRO Edition comes with only nylon breech and plunger tube. With this reinforcement, it allows us to use the PRO spring even though it's not a full CNC metal gearbox, hence we popped that in as well. To further improve reliability, we installed PyreCannon's MK3 Active Dart Corrector in this blaster. This will ensure much smoother feeding to reduce jam rate. After all these upgrade, you got yourself a close to jam free automatic springer with 160-180FPS performance and improved durability, all for almost half of what the PRO version cost.

Please be noted that due to the complication of shipping a whole assembled blaster, we will be shipping the MK3 in a partially disassembled condition. You will have to put it together before it can be used. Don't worry, it's real simple and a video guide will be provided before we started shipping them.

You can read more about the product in this blog post

Note: This blaster requires a XT-30 battery and it's NOT INCLUDED in the package; THIS BLASTER PACKAGE REQUIRES MINOR ASSEMBLY BEFORE IT CAN BE USED.

This is the Standard Edition, not the PRO Edition. This version had been tuned with QWK and Monkee Mods.